Who’s to Blame for Coronavirus? Mao and the Great Leap Forward 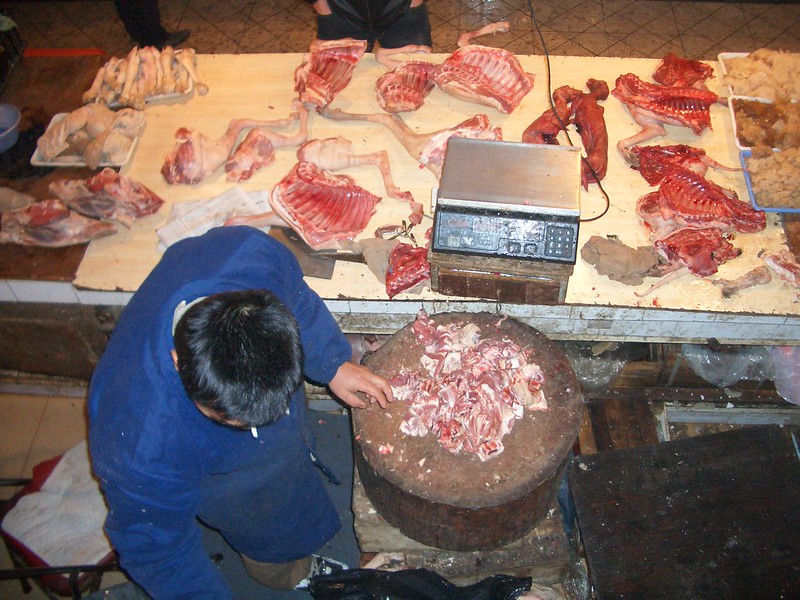 NOTE/UPDATE: The analysis below is predicated on the notion that the virus came from an animal source, jumping species as a result of the existence, and unhealthy conditions, of live/wild animal food markets. (This has, thus far, been the contention of the U.S. government.) I recognize, however, that the source may be the Wuhan laboratory. If that turns out to have been the case, then obviously the analysis below would have to be emended.

Blame for this global pandemic is rightly being placed at the feet of the Chinese government. But it was their communist predecessors who created the circumstances that led to it. The math is simple.

For the evidence . . . first, watch this video:
(Apologies for citing Vox, but this still remains the most plausible explanation for the source of the virus. Most novel viruses, as I understand it, start with animals.)

Then, watch this video of the socialist madness that led to the starvation of so many million human souls. It is a heart-wrenching and undeniable firsthand account . . .

As an important aside, in case you think that the Chinese were the only communists to starve lots of people in an effort to implement socialism . . .

The Khmer Rouge deliberately isolated the renamed “Democratic Kampuchea” from the markets of the outside world and destroyed all vestiges of the old days in favor of starting afresh: the government acted to abolish money, all private property, exchange, and therefore prices, and to move labor from the cities to rice production as commanded by “Angka” (the organization). By abandoning cities the program eliminated Lenin’s problem of supplying food to the cities, which supposedly had been the source of “class conflict.” Of an estimated 7-8 million inhabitants in 1970, an estimated 2-3 million were killed or died of starvation, mass suicide, and disease after almost four years of Khmer Rouge rule. Combat troops never exceeded an estimated 70,000 or 1 percent of the population, a macabre confirmation of docility and political susceptibility to collectivism. Even though the Khmer Rouge earlier had followed the same policies in the areas under their control, and intellectuals since Plato have ad vocated a utopia designed and ordered by a single will, the world expressed amazement at events in Cambodia.

The economy—voluntary social cooperation—came to a virtual halt under state restrictions and direction. Production became so disorganized and anarchic that Lenin abandoned the planning effort to preserve his power. Famine took the lives of an estimated 5.5 million people before some 10 million were saved by relief from the capitalist West.

Source: The Cambodian Experiment in Retrospect